The Sri Lanka Kandy Esala Perahera takes place in Kandy, the Hill Capital of Sri Lanka. The Sri Lanka Kandy Esala Perahera, is the most colourful pageant in Si Lanka and takes place annually in July/August for 10 days usually in the night and culminates on Nikini Full Moon Poya Day and there is a Day Perahera (day time) which takes place the day after the Poya day. The relic casket or other sacred objects are paraded around the streets of Kandy, Sri Lanka in the vicinity of the Dalada Maligawa or the ‘Sacred Temple of the Tooth Relic’ which located in Kandy, Sri Lanka Kandy in Sri Lanka is included in the UNESCO World Heritage sites mainly due to the Dalada Maligawa which is one of the most sacred places in the world for Buddhists, visited by thousands every day

Nearly 300,000 - 400,000 Sri Lankans as well as tourists flock to see this fascinating procession, the Kandy Esala Perahera in Sri Lanka, law and order is maintained at its best level possible considering the numbers, to such an extent that when the Kandy Esala Perahera concludes for that night the crowds (Sri Lankans as well as visitors) disperse and the streets are empty and quiet within minutes.

The streets of Kandy, Sri Lanka are then cleaned up and the roads washed and ready for the next day’s event, the Kandy Esala Perahera in Sri Lanka.

We can tailor-make programmes to Sri Lanka according to your requirements to include the Kandy Esala Perahera along with other sights like Culture, Nature, Wildlife, Archaeology, Beach stay and even a game of golf if interested. The season for the beaches in Sri Lanka in July/August is on the Eastern coast like Nilaveli, Trincomallee, Passikudah, Arugam Bay to mention a few. However the beaches on the Western Coast of Sri Lanka like Unawatuna, Hikkaduwa, Bentota, Ahungalla to mention a few are also pleasant at this time of the year. 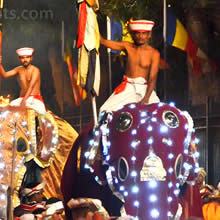 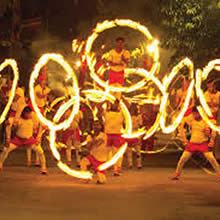 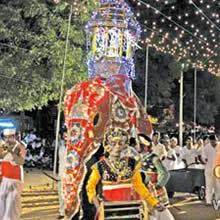 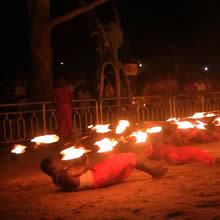 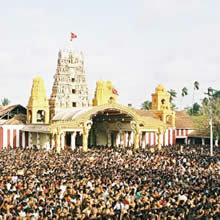 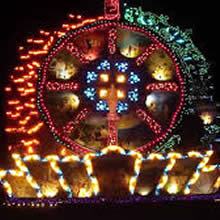 The Sri Lanka Vesak Festival is held all over Sri Lanka.